Warning: "continue" targeting switch is equivalent to "break". Did you mean to use "continue 2"? in /home/fhx9a2cn4q0k/public_html/brieftherapyconference.com/BT2018/wp-content/plugins/gravityforms/common.php on line 1267

Warning: "continue" targeting switch is equivalent to "break". Did you mean to use "continue 2"? in /home/fhx9a2cn4q0k/public_html/brieftherapyconference.com/BT2018/wp-content/plugins/gravityforms/common.php on line 1304

Warning: "continue" targeting switch is equivalent to "break". Did you mean to use "continue 2"? in /home/fhx9a2cn4q0k/public_html/brieftherapyconference.com/BT2018/wp-content/plugins/gravityforms/common.php on line 1308

Warning: "continue" targeting switch is equivalent to "break". Did you mean to use "continue 2"? in /home/fhx9a2cn4q0k/public_html/brieftherapyconference.com/BT2018/wp-content/plugins/gravityforms/common.php on line 1336

Warning: "continue" targeting switch is equivalent to "break". Did you mean to use "continue 2"? in /home/fhx9a2cn4q0k/public_html/brieftherapyconference.com/BT2018/wp-content/plugins/gravityforms/common.php on line 3456

Warning: "continue" targeting switch is equivalent to "break". Did you mean to use "continue 2"? in /home/fhx9a2cn4q0k/public_html/brieftherapyconference.com/BT2018/wp-content/plugins/gravityforms/common.php on line 3463

Warning: "continue" targeting switch is equivalent to "break". Did you mean to use "continue 2"? in /home/fhx9a2cn4q0k/public_html/brieftherapyconference.com/BT2018/wp-content/plugins/gravityforms/common.php on line 3476
 Brief Therapy: A Psychotherapy Concept | Milton H. Erickson Foundation 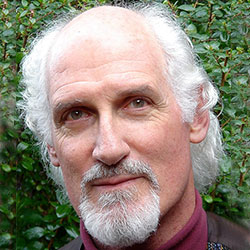 When a therapist and patient endeavor to get from Point A (the problem that led to therapy) to Point B (the resolution that ends therapy) via a direct, parsimonious, and efficient route, we say that they are deliberately engaging in brief therapy. The approach is intended to be quick and helpful, nothing extraneous, no beating around the bush. Another closely related term is “time-limited therapy,” which explicitly emphasizes the temporal boundedness of the treatment. Synonymous with brief therapy is the phrase “planned short-term therapy,” meaning literally a “deliberately concise remedy / restoration / improvement.” As Bloom (1992, p. 3) has written: “The word planned is important; these works describe short-term treatment that is intended to accomplish a set of therapeutic objectives within a sharply limited time frame.”

“Brief Therapy” simply means therapy that takes as few sessions as possible, not even one more than is necessary… “Brief therapy” is a relative term, typically meaning: (a) fewer sessions than standard, and/or (b) a shorter period of time from intake to termination, and/or (c) a lower number of sessions and a lower frequency of sessions from start to finish. [pp. ix-x]

“Brevity” and “shortness” are watchwords signaling efficiency, the contrast being the more intentionally protracted course of traditional long-term (usually psychodynamic) therapy. Actually, most therapy is de facto brief, by default or design, meaning a few sessions, weeks to months. As Budman and Gurman (1988) and others (Bloom, 1992al Garfield, 1986; Koss & Butcher, 1986; Messer & Warren, 1995) have noted, numerous studies have reported the average length of treatment to be three to eight sessions. The modal or most common length of treatment is actually only one session. Even with this “briefest of brief” duration, many successful outcomes are reported (Bloom, 1992b; Hoyt, 1994b, 2000a; Hoyt, et al., 1992; Rosenbaum, et al., 1990; Slive, et al., in press; Talmon, 1990, 1993).

Various authors have offered different definitions of what constitutes brief therapy. Some have emphasized a number of sessions, such as “5-10”, “12” or “up to 20”; some have emphasized certain types of problems they attempt to address, while others have focused more on idea of the passage of time being a contextual pressure (Hoyt, 1990). Budman and Gurman (1988), for example, eschew a specific number of sessions in their definition, instead referring to deliberate or planned brief therapy as “time-sensitive” or “time effective” treatment. Setting a specific number of sessions may at times be helpful, however, to provide structuring (Wells, 1982) or to deliberately stimulate a termination process (Mann, 1973; Hoyt, 1979). Attention to temporal parameters is important since Parkinson’s Law (“Work expands or contracts to fit the allotted time”) may operate in psychotherapy (Appelbaum, 1975). Generally, the focus should be on making the most of each session (Preston, et al., 1995). Focused intentionality is the key. Make everything count; don’t be wasteful. Get to it.

Planned or intentional brief therapy is predicated on the belief and expectation that change can occur in the moment, particularly if theoretical ability, practical skill, and interest in efficacy are brought to bear. The work is not superficial or simply technique-oriented; it is precise and beneficial, often yielding enduring long-term benefits as well as more immediate gains. Indeed, brief therapists recognize that what really counts is what happens after the session, and thus will need to see its impact (outcome: change and durability) before assessing the “goodness” of a session (Hoyt, 2000a).

Koss and Butcher (1986; also see Koss & Shiang, 1994) have concluded from their major review of the research literature on psychotherapy outcome that brief and long-term methods are equally effective, and that the brief methods are more cost-effective. Many comparative research studies may actually underestimate the effectiveness of planned brief therapy, because so few of the therapists in the original studies were specifically oriented or trained in brief therapy methods (Hoyt & Austad, 1992; Koss, et al., 1986; Messer & Warren, 1995). While one can ignore these findings or argue that brief therapy and long-term therapy have different goals, the equivalence of outcomes is compelling.

Why not try a short-term approach first? This is consistent with the advice of Lewis Wolberg (1965, p. 140): “The best strategy, in my opinion, is to assume that every patient, irrespective of diagnosis, will respond to short-term treatment unless he proves himself refractory to it…. If this fails, he can always then resort to prolonged therapy.”

This is similar to the position expressed by the psychoanalyst, Michael Franz Basch (1995):

I believe that one cannot decide arbitrarily, on the basis of either symptoms or character structure, that a patient will not benefit from brief therapy. Indeed, it is my position that all patients who are not psychotic or suicidal should be thought of as candidates for brief psychotherapy until proven  otherwise. [p. xi]

Writing from their multimodal cognitive-behavioral perspective, Lazarus and Fay (1990) also make their observation:

Some long-term therapy is not only inefficient (taking longer than necessary because it was insufficiently focused or precise), but even detrimental because of the reinforcement of pathological self-concepts. One of the great advantages of the short-term focus is that if the therapy doesn’t work, it will be apparent much sooner… In this regard, to paraphrase an old saying, effective treatment depends far less on the hours you put in, than o what you put into those hours. [pp. 39-40] 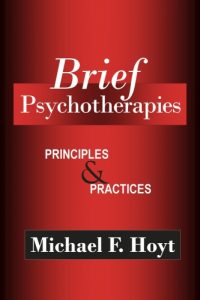 And even if longer-term therapies sometimes do produce results that may be preferable, the question remains of who will pay for such extended treatments? Most patients want more efficient help. Given the social and professional imperative to provide psychological services to the wide range of persons who might need and benefit from mental-health care, the thrust of the accumulated data seems clear.