WS20 – Gay Sons and Their Mothers: The Relational Mystique 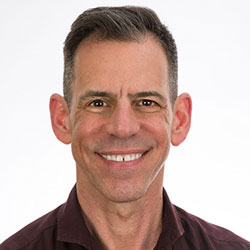 WS20 – Gay Sons and Their Mothers: The Relational Mystique

The relationship between gay sons and their mothers is fascinating based on the history of psychiatry pathologizing this bond, suggesting an enmeshment that contributed to the son being gay.

Currently, this relationship consists of an empowering bond that contributes to a healthy sense of self in a world where acceptance isn’t necessarily prevalent. The actual key to wellbeing consists of receiving good enough mothering rather than total acceptance of his being gay.

This presenter, a gay male author notes that there is little information on this topic, hence the inception Gay Sons and Mothers. This “docuseries” consists of photos and narratives depicting these bonds, video interviews portraying the emotional aspects of their relationships, as well as theory based on interviews and personal experiences.

This workshop provides these findings regarding mother son dyads, anecdotes from people interviewed, and moving video clips of gay sons and/or mothers, including the experiences of the interviewer.

Subjects vary in age, religions, and ethnic backgrounds. Themes include coming out, acceptance or lack thereof, the importance of a good enough mother, dealing with disappointment or trauma, and grief when a mother has passed away. General issues pertaining to being gay will also be covered.