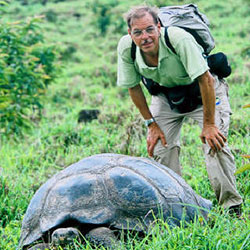 Frank J. Sulloway is an Adjunct Professor in the Department of Psychology, and is also a member of the Institute of Personality and Social Research, at the University of California, Berkeley.  He has a Ph.D. in the history of science from Harvard University (1978) and is a recipient of a MacArthur Award (1984-1989).  His book Freud, Biologist of the Mind: Beyond the Psychoanalytic Legend (1979) provides a radical reanalysis of the origins and validity of psychoanalysis and received the Pfizer Award of the History of Science Society.  In addition, Dr. Sulloway has written about the nature of scientific creativity, and, on this general topic, he has published extensively on the life and theories of Charles Darwin.

All session by Frank Sulloway