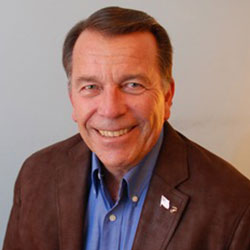 Roy Kiessling, MSW, was trained in EMDR in 1994, and became an EMDR Institute facilitator in 1997. He was trained by Francine Shapiro to be a trainer for the EMDR Humanitarian Projects (EMDRHAP) in 2001 and in 2005 became a Senior Trainer for Shapiro’s EMDR Institute. By2013 when Roy resigned from both the EMDR Institute and HAP, he had conducted over 200 EMDR training’s, both in the USA and abroad, including Middle East, Russia, and Singapore. In 2013 he formed EMDR Consulting, LLC, which has grown to be one of the largest EMDR training providers in the USA, with over 15 trainers and 50 coaches. In 2017 EMDR Consulting conducted nearly 70 trainings; training over 1600 clinicians in EMDR.

All session by Roy Kiessling

SC16 – Being Brief with EMDR