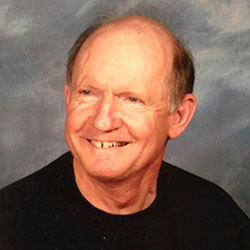 GEORGE FERRICK, M.A., M.F.T, retired in June 2012 after 10 years of service as supervisor of the Family Dispute Resolution (FDR) Unit of the California Judicial Council’s Center for Families, Children & the Courts, where he coordinated training and technical support for over 400 court-connected mediators throughout California. Prior to this, for 22 years he served as a child custody mediator with Family Court Services in the Superior Courts of Los Angeles and San Mateo counties and conducted more than 8,000 mediations. Mr. Ferrick served as manager of the Family Court Services program in San Mateo from 2000 to 2002; and at the Los Angeles Superior Court, as coordinator of district mediators and of the intern program from 1992 to 2000. His written professional contributions include “Refuseniks of Divorce,” about children reluctant to spend time with their noncustodial parent; “Three Crucial Questions,” about mandatory mediation; and “Common Mediation Problems.” He has served as faculty in numerous workshops and conference presentations for the Statewide Office of Family Court Services, the Judicial Council, and the Association of Family and Conciliation Courts (AFCC). George completed his professional graduate studies at the California Family Study Center (now the Phillips Graduate Institute) in Southern California, and received his California license as a marriage and family therapist in 1977.

All session by George Ferrick